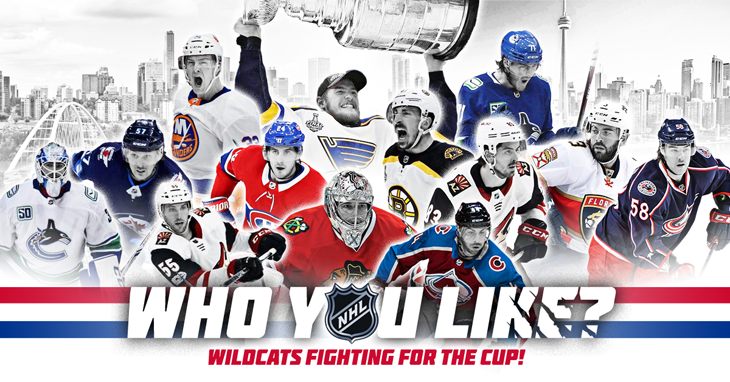 A total of 13 Wildcats alumni will be competing on the ice in the NHL’s 24-team playoff format, including four members of the 2010 President Cup championship team.

With the games officially underway starting on Saturday, here’s a closer look at all the former Wildcats to cheer on this summer:

At the NHL’s Eastern Conference hub in Toronto, a pair of Wildcats will be squaring off in the Stanley Cup Qualifiers.

Philip Danault (2013) and the Montréal Canadiens will take on the Pittsburgh Penguins in the Qualifiers, while David Savard (2007-10) and the Columbus Blue Jackets are set to suit up against the Toronto Maple Leafs.

Brad Marchand (2004-06) and the Boston Bruins have already punched their ticket to the Stanley Cup playoffs. They’ll play in a trio of round robin games to determine seeding for the Round-of-16.

Over half of the teams in the Western Conference hub, located in Edmonton, feature a Wildcats alumnus.

Like Marchand, Ivan Barbashev (2012-15) and the St. Louis Blues have already clinched a playoff spot.

Barbashev could potentially face-off against a fellow alum during round robin play, when the Blues take on Mark Barberio (2007-10) and the Colorado Avalanche.

The 24-year-old is expected to miss a pair of round robin games; he’s planing to leave the bubble in order to be present for the birth of his first child, according to Tom Timmermann of the St. Louis Post-Dispatch.

While they weren’t teammates in Moncton, there are two pairs of Wildcats alums playing together at the NHL level.

Conor Garland (2012-2016) and Jason Demers (2004-05) are aiming to help the Arizona Coyotes compete in the Round-of-16 for the first time since 2012. They’ll take on the Nashville Predators in their qualifying series.

🗣️ “The young guys, the old guys, we’re all just excited to get it going.” – @conor.garland8

While Wildcats alumnus Mathieu Olivier (2013-15) played for the Predators earlier this season, he was not among the 31 players named to the Phase 4 player roster.

Meanwhile, Vancouver Canucks teammates Zack MacEwen (2014-16) and Louis Domingue (2008-10) are also battling in the qualifying round. They’ll take on the Minnesota Wild in their best-of-five series.

Gabriel Bourque (2009-10) and the Winnipeg Jets are part of an all-Canadian series in the opening round against the Calgary Flames.

Corey Crawford (2001-05) was recently returned to practice, and could be an important factor for the Chicago Blackhawks when they take on the Edmonton Oilers in their qualifying series.

Notably, Olivier Rodrigue (2019-20) was invited to Oilers training camp earlier this summer, but was not among the goaltenders selected for the Phase 4 player roster.

“Being around the team was a really great experience. Getting to know the players, seeing how they work and their work ethic in practice and in the gym, that was super impressive,” Rodrigue said in a recent interview with Dave Ainsley of Le Quotidien.

Off the ice, there’s also a number of alumni making a key impact for their teams as they prepared to return.

With the two teams going head-to-head, it will create a friendly off-ice rivalry between the two coaches.

“Patrick is a great guy, super friendly and super smart, so the Canadiens are lucky to have him,” Pianosi said. “Obviously we have this upcoming play-in series against each other, so I’m sure he’s doing a great job preparing all the Canadiens as well.”

Frantz Jean (1998-2010) was with the Wildcats for 12 seasons as the Goaltending Coach and won two President Cups here. He currently holds the same title with the Tampa Bay Lightning.

Darryl Seward (2008-2012) was an assistant coach here in Moncton, and has since climbed through the professional ranks. He’s now in his third season as the Video Coach of the Vancouver Canucks.

Other Wildcats alumni have helped impact the creation of their teams through scouting.

Chris Moorehouse (2005-08), another former captain, currently works as the Director of North American Scouting with the New York Rangers.

Peter Nevin (1996-2012) was the longtime Director of Scouting in Moncton, and is currently in his 12th season as an Amateur Scout with the Chicago Blackhawks.

Réal Paiement (1997-2000) was the second-ever Head Coach in team history. He’s now in his fifth season with the Toronto Maple Leafs as an Amateur Scout.

Beauchemin just finished his first season as a Development Coach with the Anaheim Ducks, the team he spent the majority of his NHL career with.

Melanson was an Assistant Coach on the inaugural Wildcats team, and has been coaching at the NHL level for over 20 years. He most recently completed his third season as Goaltending Coach with the New Jersey Devils. 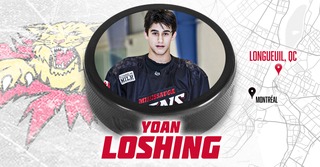 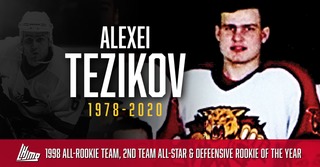 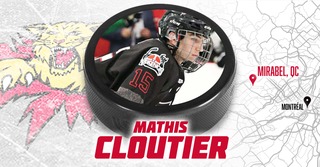