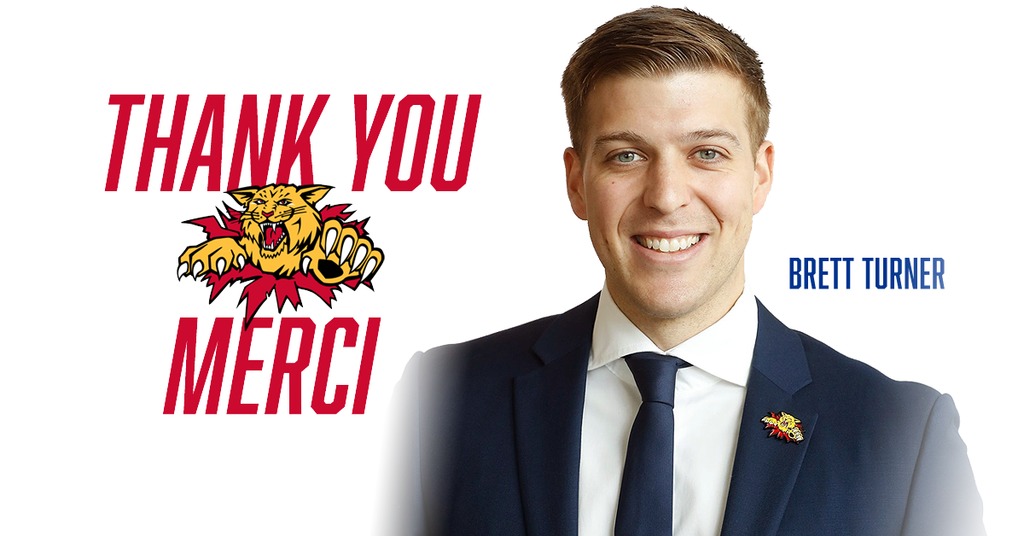 MONCTON NB – After a year and a half as Assistant Director of Hockey Operations with the Moncton Wildcats, Brett Turner will be moving to a new role with the Florida Panthers at the end of the month. He will now be the Panther’s Quebec Region Amateur Scout.

“I will be forever grateful to the Wildcats for the opportunity,” said Brett Turner.  “It really is a first-class organization with amazing people throughout. I want to thank all the staff and players I’ve worked with over the past year and a half, it’s been the time of my life and I have learned so much from many different people. I’m extremely excited for my new opportunity with Florida but I’ll never forget my time with the Wildcats.”

Prior to joining the Wildcats in the summer of 2019, he had seven years of experience in the QMJHL as a scout for the Victoriaville Tigres. Along with his role in Moncton, Brett was also a regional scout for NHL Central Scouting since 2018.

“Brett took a professional approach to his work each and every day” said Director of Hockey Operations, Ritchie Thibeau. “He was a key member of our team in all aspects of the Hockey Operations department. Brett made significant contributions in the QMJHL and European drafts, Free Agents acquisitions and day-to-day operations of the department with players and staff.”

We would like to thank Brett for all of his contributions to the team, and wish him all the best at the next level.