Back-to-back wins over the Sea Dogs, Cats on top 4-3 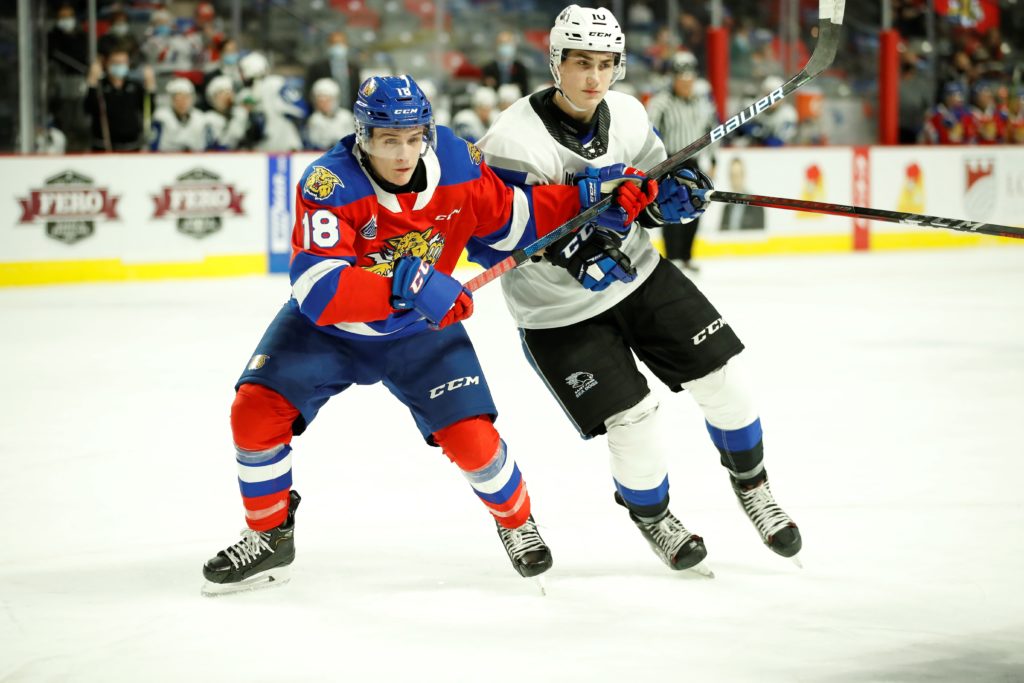 Alexis Daniel’s first QMJHL goal eight minutes into the third period proved to be the game-winner as the Wildcats edged the Saint John Sea Dogs, 4-3, Friday at Avenir Centre.

Philippe Daoust led the offence with two goals and an assist while Jordan Spence added a goal and an assist in Moncton’s fourth straight win.

Daoust opened the scoring with a power play goal nine minutes into the game.

Saint John countered before the end of the period and the game stayed 1-1 after 20 minutes.

The Sea Dogs took their first lead one minute into the second, but Spence responded with a power play goal two minutes later to even the score.

The visitors regained the lead midway through the second period.

Daoust’s second goal of the game came nearly seven minutes into the third and tied the game, 3-3. Connor Richard earned an assist for his first QMJHL point.

Daniel potted the game-winner less than two minutes later, redirecting a pass from the left point inside the left post for his first-ever goal.

Goalie Dakota Lund-Cornish made 29 stops in the win.