Bellamy returns to Moncton in a trade with the Titan 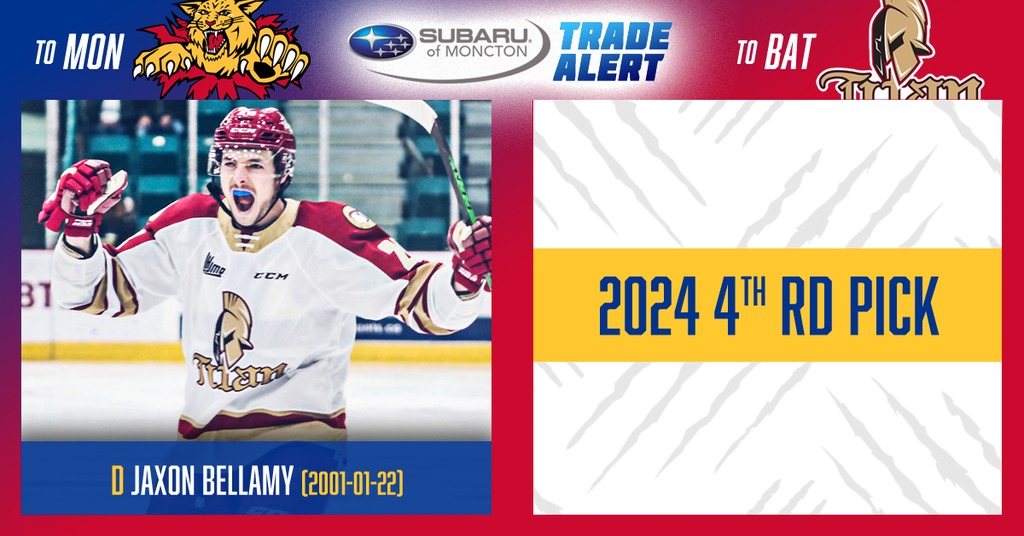 MONCTON N.B. – Jaxon Bellamy will return to Moncton following a trade this afternoon with the Acadie-Bathurst Titan. Moncton will return a fourth-round pick back to the Titan in 2024.
This is a full circle moment for Bellamy; drafted by the Wildcats 16th overall in the 2017 draft, he played half a season during his 16-year-old year before being moved to Sherbrooke. Over the past few seasons, his game has continued to grow while taking on more of a leadership role, wearing the ‘A’ with the Phoenix, and most recently with the Titan.
“I couldn’t be happier to be back with the team who drafted me into the league, it feels like I’m coming home,” added Bellamy. “There is no better way to finish my time in junior hockey than where it all started!”
To date, Bellamy has notched 84 points in 225 QMJHL games. “We are very excited to have Jaxon re-join the Wildcats, he is a veteran presence both on and off the ice and will be a great addition to our blueline group as a 20-year-old in the league,” stated Ritchie Thibeau, Director of Hockey Operations.
Jaxon will join the team on December 28th back at the Avenir Centre as we host the Halifax Mooseheads. 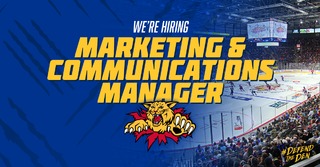 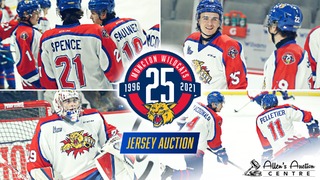 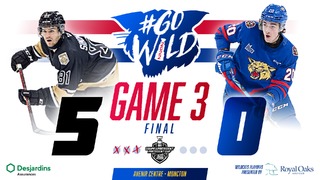 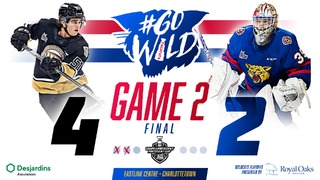