Bernier scores lone goal in battle with the Titan 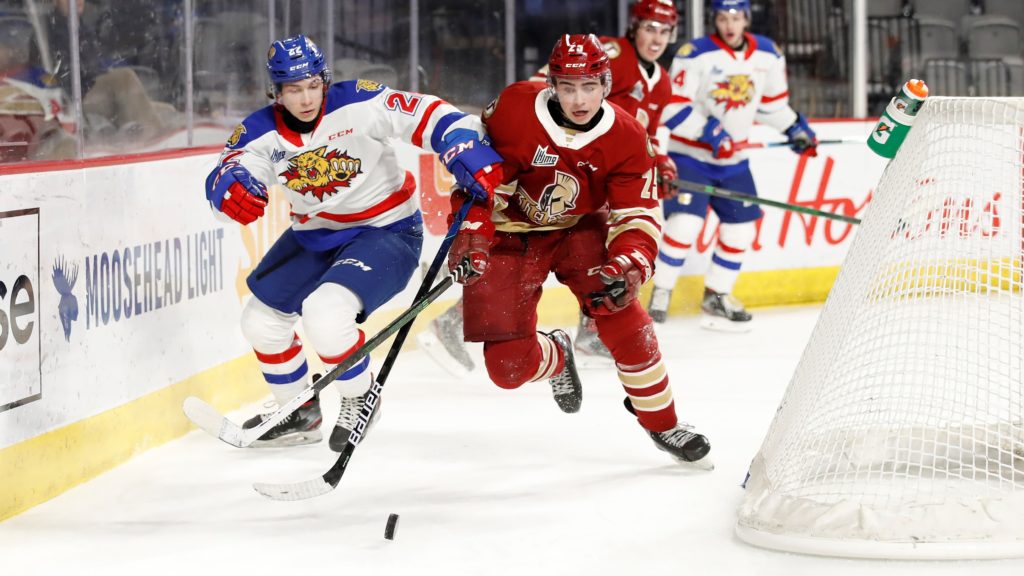 Gabriel Bernier scored the only goal for the Wildcats in a 4-1 loss to the Acadie-Bathurst Titan, Saturday at Avenir Centre.

It came halfway through the first period and opened the scoring in the game.

A Titan pass to the left point in the Moncton zone hopped over the stick of the defenceman, sending Bernier on a long breakaway.

The 19-year-old rookie winger whistled a wrist shot over the glove of Acadie-Bathurst goalie Jan Bednar to give the Wildcats a 1-0 lead.

The visitors tied the game with five-and-a-half minutes to go in the second period. The game stayed 1-1 through two periods.

Goalie Vincent Filion turned aside 25 shots in a losing cause. He was named second star.

Captain Jacob Hudson had his points streak come to an end at nine games.