CCRS Game 2 in Moncton | 10 Things You Need to Know 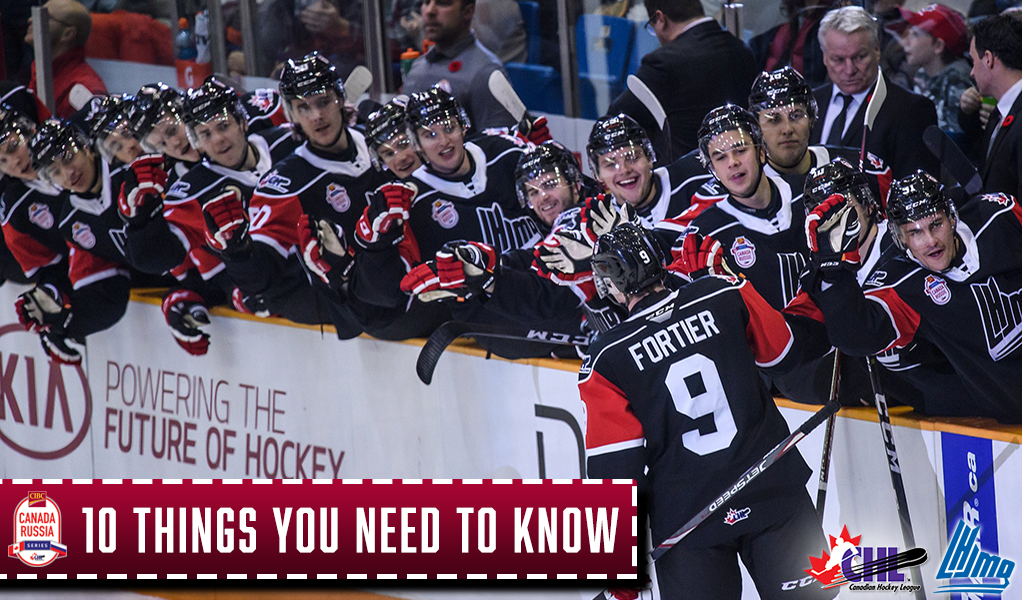 The 2019 CIBC Canada Russia Series continues tonight with Team QMJHL set for a rematch with Team Russia. Here are 10 things you need to know ahead of puck drop:

Series at a glance: Team QMJHL continues the 17th edition of the CIBC Canada Russia Series owning an all-time mark of 17-12-1-3, while Russia stands at 34-60-0-3. Russia has won the tournament four times since 2010, including 2018 by an 11-7 margin. Entering Tuesday’s contest, which marks the 98th game in series history, Team Russia has won four straight games against Team QMJHL beginning in Moncton in 2017.

World Junior evaluation: Often used as a springboard for national representation at the IIHF World Junior Hockey Championship, Russia has medaled 13 times at the year-end tournament since 2003, including a gold-medal finish in 2011. Canada has medaled 12 times including seven golds in the same stretch.

Back to Moncton: The 2019 CIBC Canada Russia Series returns to Moncton for the third time in tournament history. Previous showings were in 2005 and 2017, including a series-deciding shootout in 2017 in which Team QMJHL came away victorious after Maxime Comtois (Victoriaville Tigres) netted the game winner and netminder Samuel Harvey (Rouyn-Noranda Huskies) picked up the win.

Split allegiance: Fans in Moncton will see a familiar face on both squads in Game 2, including Calgary Flames first-round pick Jakob Pelletier who will line up for Team QMJHL, while his Wildcats teammate in Alexander Khovanov will play for the Russians. Also competing with Team QMJHL is Moncton defenceman Jordan Spence and goaltender Olivier Rodrigue.

Khovanov steals the show: The Minnesota Wild prospect powered Team Russia to victory in Game 1 as he factored in on all four goals to end the night with two goals and two assists and claim Player of the Game recognition for the Russians.

Between the pipes: After Halifax Mooseheads netminder and Chicago Blackhawks prospect Alexis Gravel stopped 24 shots in Game 1, Team QMJHL will turn to Edmonton Oilers up-and-comer Olivier Rodrigue of the hometown Wildcats in Game 2.

Dynamic duo: Calgary Flames prospect Dmitry Zavgorodniy, who forms part of a dominant trio this season with the Rimouski Oceanic, has been no stranger to success on the national stage. His big-game ability was once again on display in Game 1 as alongside countryman Khovanov the dynamic duo tied a single-game high for Team Russia in each coming away with four points. Zavgorodniy and Khovanov are the first Russian skaters to tally four points in one game since Ivan Telegin did so in 2011.

Prospect central: A total of 62 NHL prospects are competing in the 2019 CIBC Canada Russia Series, with 28 of the 31 NHL clubs represented by at least one player. The Vegas Golden Knights lead the way with five, followed by the Los Angeles Kings, Minnesota Wild, and St. Louis Blues each at four.

Mercer earns recognition: Drummondville Voltigeurs forward Dawson Mercer, who is also eligible for the 2020 NHL Draft, had a strong start to the 2019 CIBC Canada Russia Series as he claimed Player of the Game honours for his side following a one-goal, one-assist performance. Competing in his third season with the Voltigeurs, Mercer has impressed with a fast start that has seen him record a team-leading 31 points counting 16 goals and 15 assists across 19 appearances. 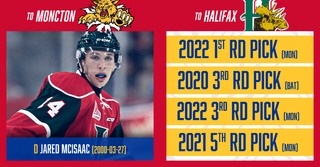 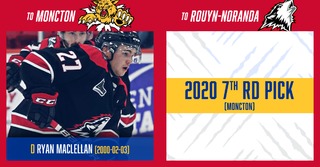 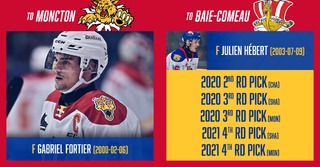 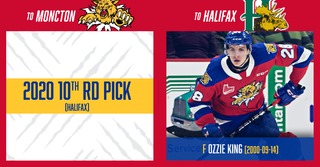 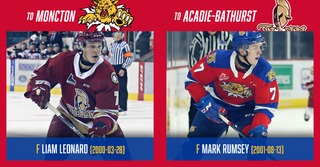 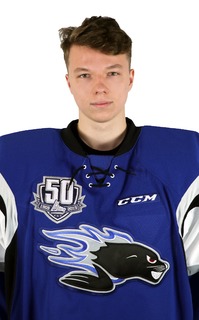