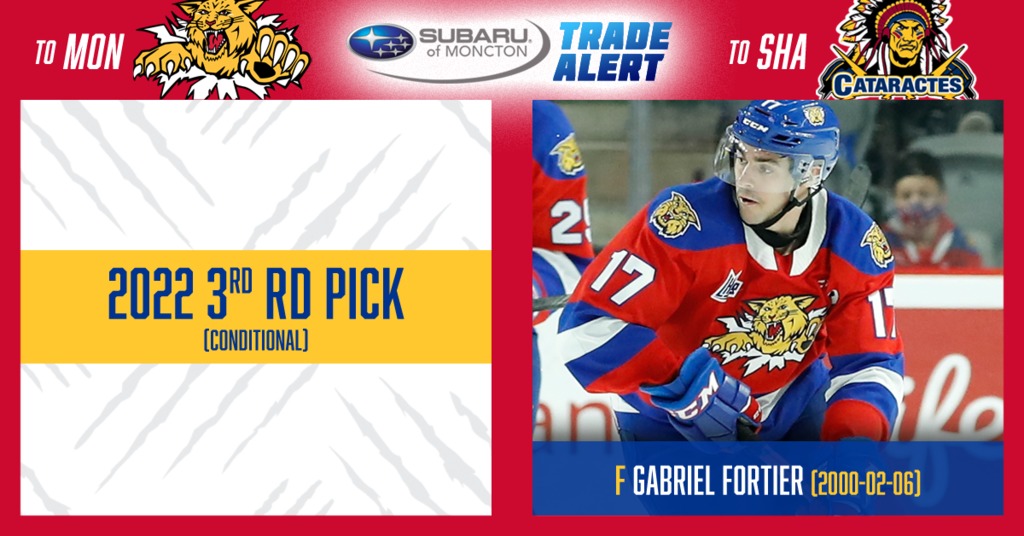 MONCTON – The Moncton Wildcats have traded co-captain Gabriel Fortier to the Shawinigan Cataractes for a 2022 3rd round conditional pick.

Drafted 4th overall by Baie-Comeau in 2016, this is Fortier’s fifth season in the QMJHL. After joining the team last year at Christmas time, he has been a leader on and off the ice.

Fortier has been a key part of the leadership group throughout his time in the QMJHL, wearing a letter during four of his five seasons. Playing in 236 regular season games to date and recording 230 points, Fortier is an offensive producer and an excellent 200 ft player.

“Gabriel is a great role model for our young players, and a real pro on and off the ice” added Director of Hockey Operations, Ritchie Thibeau. “Everyday Gabriel was with us he worked hard to get better and to show our young players what they needed to do to be successful in this league.”

The 20-year-old was also drafted in 2018 by the Tampa Bay Lightning in the second round, 59th overall.

We wish him all the best in Shawinigan as he wraps up his final season in the QMJHL. 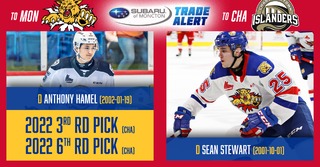