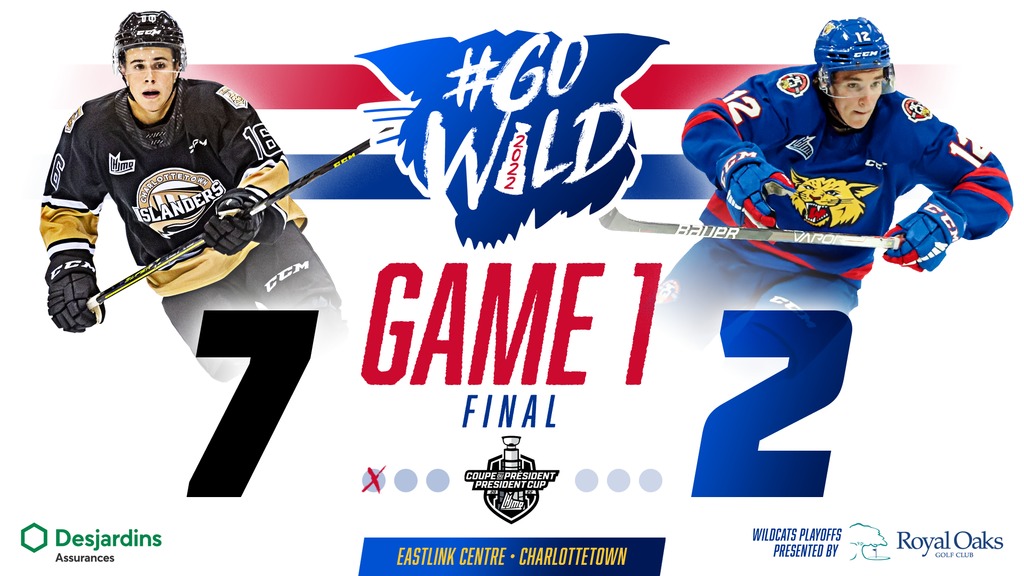 The Charlottetown Islanders scored four times in the first period on their way to a 7-2 victory over the Wildcats in Game 1 of their Eastern Conference quarterfinal.

Charlottetown opened the scoring just ten seconds into the game and made it 2-0 before the seven-minute mark. The Islanders added power play and even strength goals late in the frame to increase their lead to 4-0.

Bellamy’s goal came with 6.6 seconds remaining in the first period after a scramble around the net saw the puck slide through the crease and wide of the right post. Moncton’s overage blueliner found it off the side of the net, backed up slightly and rifled a wrist shot over the pile of players in the crease.

There was no further scoring until the Islanders netted a 4-on-3 power play goal more than four minutes into the third period.

Loshing countered 23 seconds later, pouncing on turnover in the slot and ripping a wrist shot that snuck past Charlottetown netminder Francesco Lapenna.

But the Islanders made it 6-2 halfway through the third and wrapped up the scoring a short time later with a power play goal. 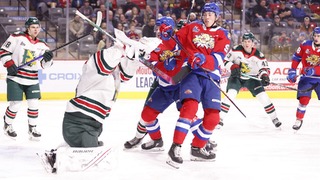 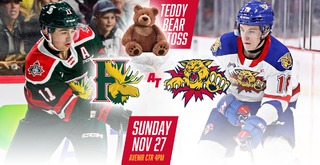 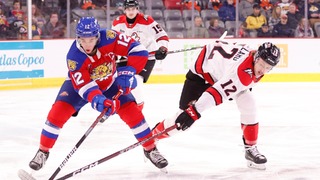 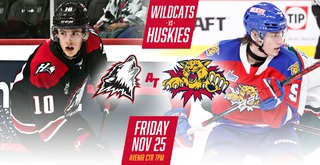 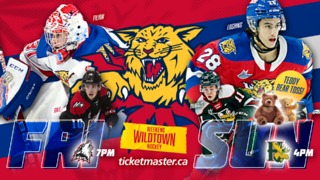 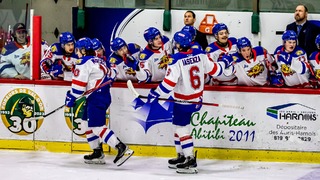