Moncton acquires Leonard from the Titan 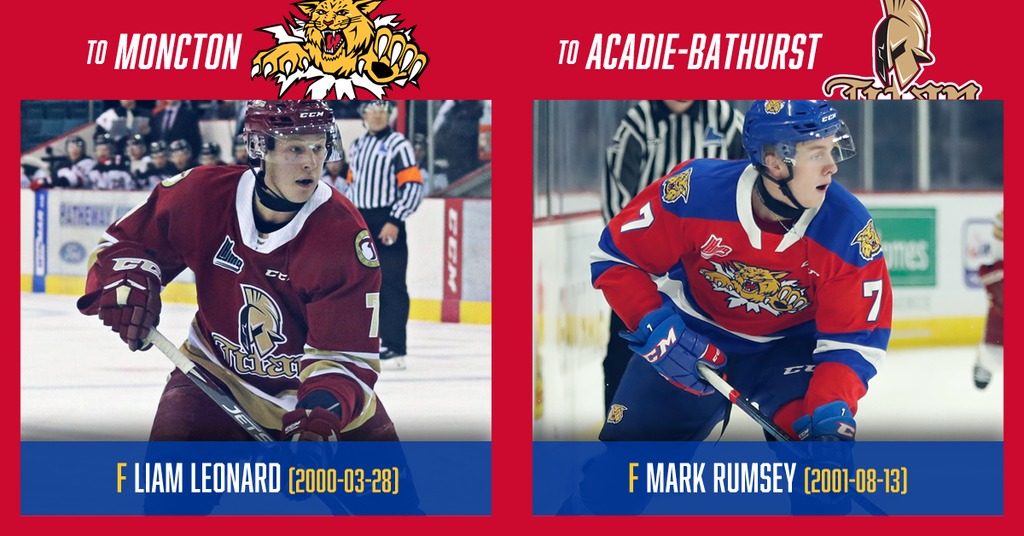 The Wildcats have acquired forward Liam Leonard from the Acadie-Bathurst Titan in exchange for Mark Rumsey.

Leonard was originally drafted in 2016 by the Quebec Remparts, and has since played the last season-and-a-half with the Titan.

The 19-year-old forward from Clarenville N.L., has played in 92 regular season games, totaling 35 points. Liam will be a welcomed addition to the forward group as the team gears up for the second half of the season.

“Liam will bring speed and grit to the lineup and is a great team guy that will do whatever it takes to win, said Director of Hockey Operations, Ritchie Thibeau. “He is a versatile forward with size that can play up and down the lineup.”

The Wildcats would like to thank Rumsey for his time in Moncton, and wish him the best with the Titan.

Mark was drafted in 2017 by the Wildcats, and is in his first season in the league playing 28 games and recording 14 points to date.