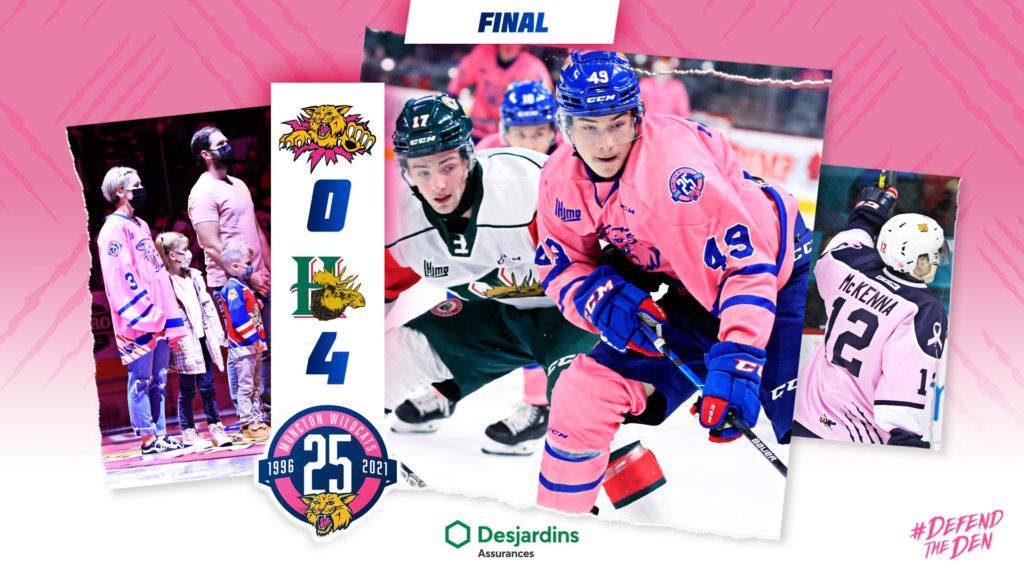 The Wildcats’ three-game winning streak ended with a 4-0 loss to the Halifax Mooseheads, Sunday at Avenir Centre.

Halifax scored a power play goal with under six minutes remaining in the first period and led 1-0 after one.

The visitors added two more goals in the second and another power play goal in the third.

Moncton goalie Vincent Filion made 25 stops in the loss.