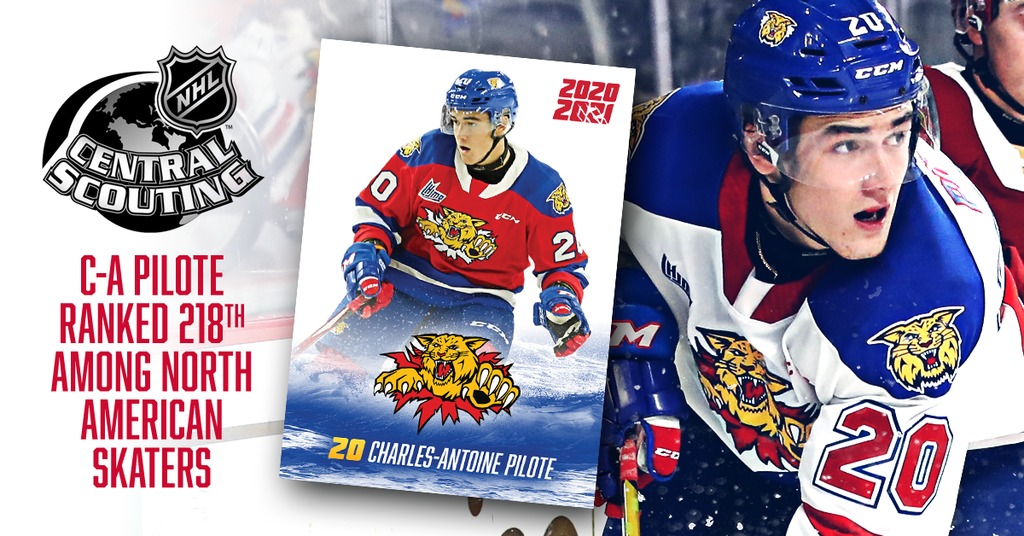 Upon the release of the NHL’s final Central Scouting List today, Wildcats defenceman, Charles-Antoine Pilote was among many QMJHL players named to that list.

Pilote has been ranked 218th which would project him as a 7th round pick in the upcoming 2021 NHL Entry Draft this summer.

Charles-Antoine played his first season in the QMJHL this year, suiting up for 31 games with the Wildcats. His first goal came on November 7th vs. the Charlottetown Islanders, and he would add two more goals and 7 assists for a total of 10 points in his debut season.

“Charles-Antoine is driven to be better. He takes his on and off-ice development very seriously and deserves to be recognized on this year’s Central Scouting List.” Director of Hockey Operations, Ritchie Thibeau.

The 2021 NHL Draft will take place virtually from July 23-24. This will be the first time having 32 teams included as the Seattle Kraken enter the league.