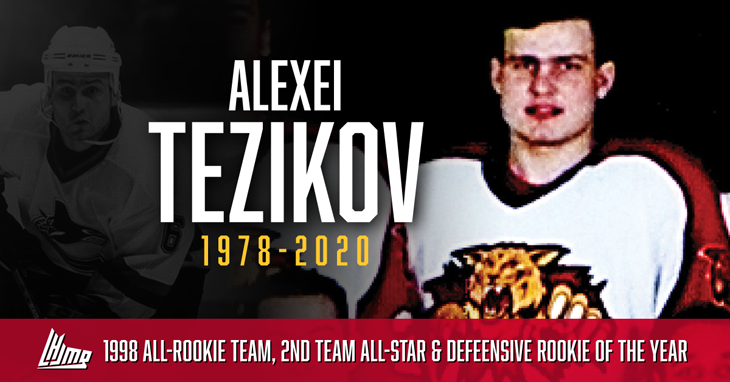 The entire Moncton Wildcats Hockey Club is saddened to learn of the passing of alumnus Alexei Tezikov. The Wildcats would like to express our sincerest condolences to his family, friends, teammates, and all of those he left a lasting impact on throughout his life.

Before joining the Wildcats, Alexei was a touted prospect in Russia. He was also selected in the 5th round, 115th overall, by the Buffalo Sabres at the 1996 NHL Entry Draft, and later became the Wildcats’ first ever selection at the CHL Import Draft, taken 4th overall in 1997. 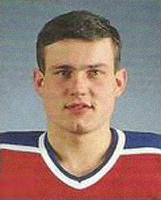 On September 18, 1997, on the home opener at the Moncton Coliseum, Alexei and teammate Jan Horachek became the first ever import players to suit up for the Moncton Wildcats.

A smooth skating defenceman, Alexei quickly established himself as a fan favourite in Moncton. With 15 goals and 33 assists in 60 games, he ranked third in scoring on the Wildcats and established a franchise record for most goals by a defenceman in one season.

Alexei earned plenty of hardware for his efforts on the ice that season. He won the QMJHL’s Raymond Lagacé Award for Defensive Rookie of the Year, and was named to the QMJHL’s All-Rookie Team and the Second All-Star Team.

Alexei also set another team record that still stands to this day. On March 24, 1998, he scored a goal and added three assists in a 7-2 playoff victory over the Chicoutimi Saguenéens. That marked the first time ever a Wildcats defenceman tallied four points in a playoff game. While four other defenders have since matched Tezikov’s feat, none have surpassed him.

Alexei was the third ever alumnus of the Wildcats to make his NHL debut, when he suited up with the Washington Capitals for the first time in on April 8, 1999.

In all, he played 30 games split across three seasons in the NHL with Washington and Vancouver, and played another 183 games in the AHL.

After four professional seasons in North America, Alexei returned home to play for his hometown team, Lada Togliatti in Russia.

He played 12 more seasons of professional hockey overseas, most notably captaining Lada in 2010-11, and winning a championship with Donbass Donetsk-2 in Ukraine.