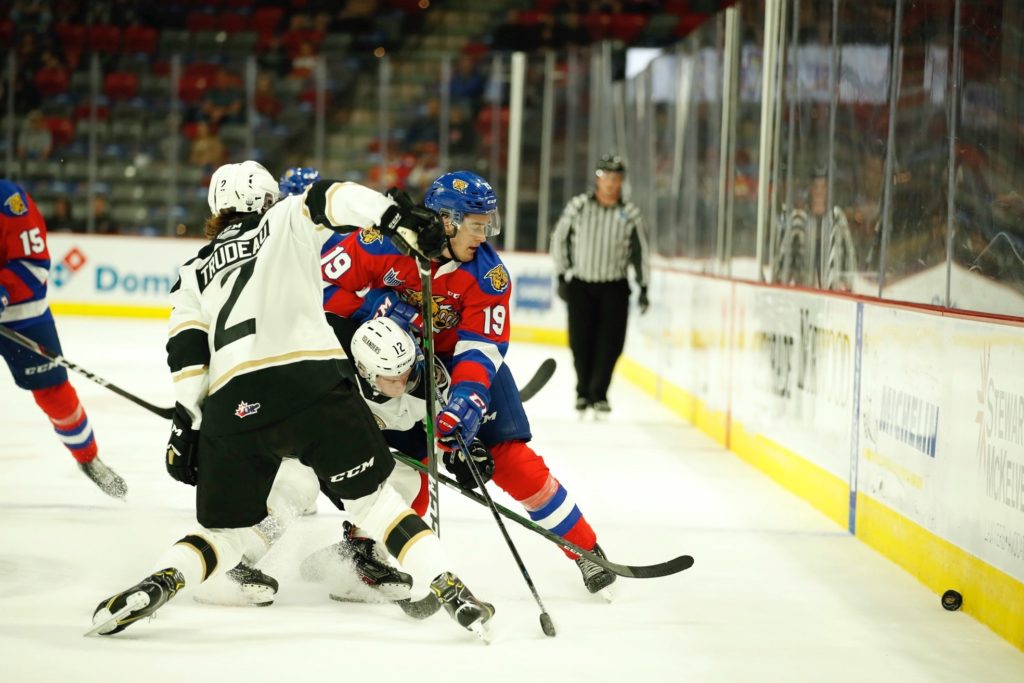 Dominic Leblanc and Charles-Antoine Pilote each scored their first QMJHL goals in the Wildcats’ 6-4 loss against the Charlottetown Islanders, Saturday at Eastlink Centre.

Fortier’s goal came shorthanded with six minutes left in the first period and tied the game at 1-1.

Leblanc gave the Wildcats their first lead with his first-ever goal 43 seconds into the second period.

Pilote made it a 3-1 game about eight minutes later with a power play goal for the first of his career.

Charlottetown got one back with 1.1 seconds to go in the second and tied the game 39 seconds into the third.

Spence, the PEI-native, restored a one-goal lead for the Wildcats eight minutes into the third.

They took a 5-4 lead with three-and-a-half minutes remaining and added an empty-net goal in the final minute.