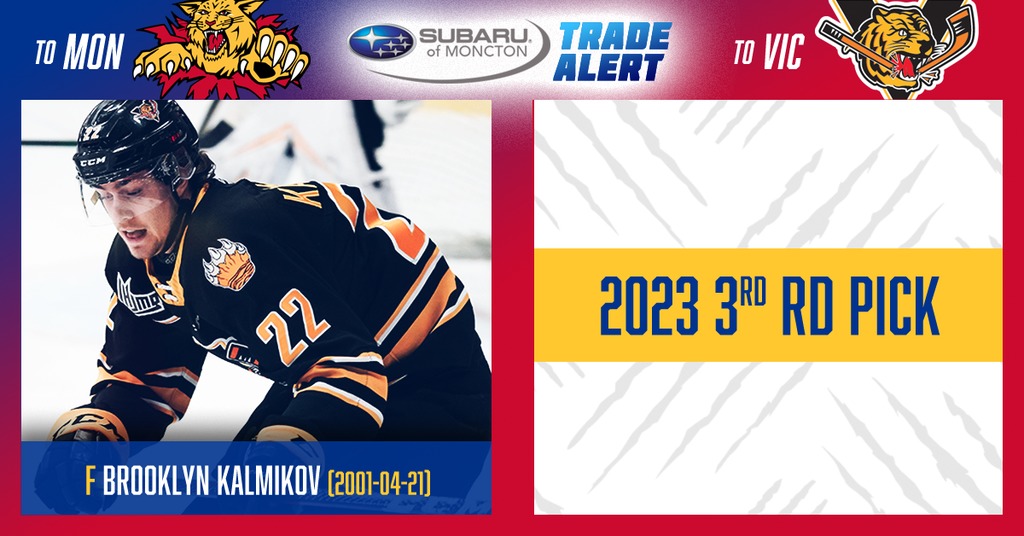 MONCTON N.B. – The Moncton Wildcats have acquired 20-year-old forward, Brooklyn Kalmikov, from the Victoriaville Tigres in exchange for a 3rd round pick in 2023.

Born in St. John’s NL, Brooklyn was drafted into the QMJHL in 2017, 15th overall by the Cape Breton Eagles. He would spend two and a half seasons there before being traded to Victoriaville in 2019-2020, and was part of their President Cup winning team last year. To date he has played in 211 QMJHL regular season games, registering 140 points.

Brooklyn will be an impactful addition to the offense of the team, during last season’s cup run, Brooklyn notched 18 points in 26 regular season games, and to date this season has four goals in the first five games of the season.

“Brooklyn won a championship last year with the Tigres, and will bring skill and goal scoring to our forward group,” stated Director of Hockey Operations, Ritchie Thibeau. “Since we are currently playing with only one 20-year-old in the lineup, we wanted to fix that situation.”

The Wildcats next home game is this coming Sunday, 4:00 p.m. at the Avenir Centre when the Halifax Mooseheads roll into town.