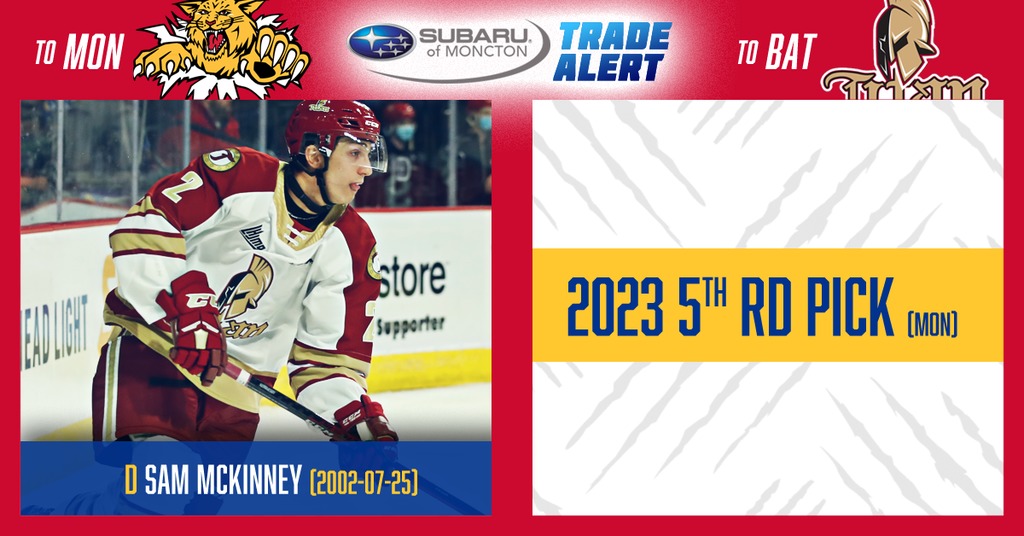 MONCTON N.B. – The Wildcats have made another addition to the roster, acquiring defenseman Sam McKinney from the Acadie-Bathurst Titan in exchange for a fifth round pick in the 2023 QMJHL Entry Draft.

Drafted by the Blainville-Boisbriand Armada 54th overall in 2019, Sam was traded to the Titan during last year’s Christmas trade period.

McKinney spent last season with the Campbelton Tigers of the MJAHL, playing in 43 games, recording 32 points.

The 18-year-old has suited up for 15 games to date with the Titan, adding five points.

“Sam is a good skating mobile defensemen,” added Director of Hockey Operations, Ritchie Thibeau. “He has good puck skills, a big shot and an offensive upside. We look forward to having him join the team.”

A native of Fredericton NB, Sam will be able to join the group right away in Moncton and we look forward to welcoming him to the team.