Wildcats battle back, but come up just short in 4-3 loss to the Sea Dogs 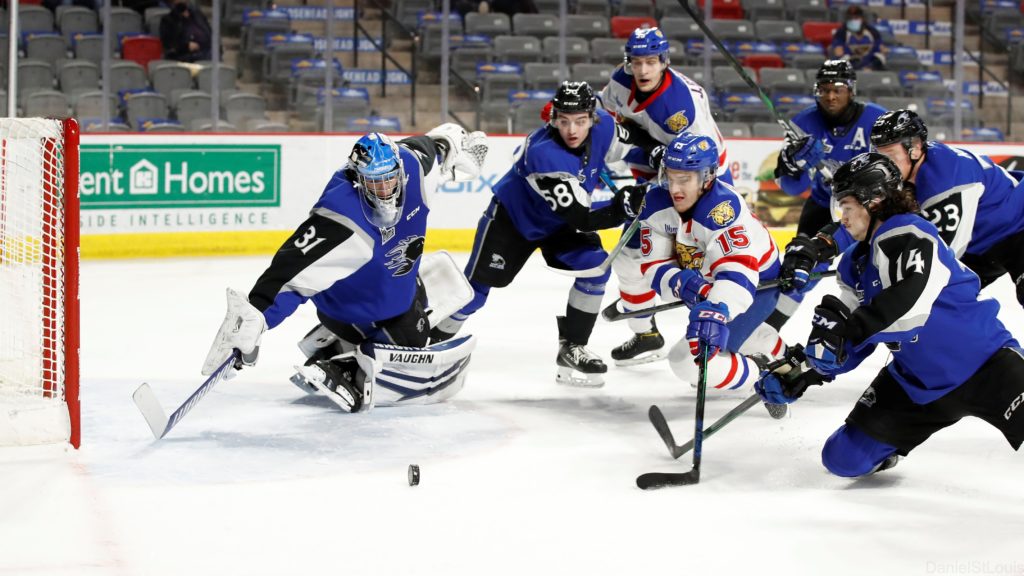 The Wildcats scored three times in the third period but could not complete the comeback in a 4-3 loss to the Saint John Sea Dogs, Wednesday at Avenir Centre.

The Sea Dogs jumped out to a 2-0 lead before the game was four minutes old and added a power play marker late in the period to carry a 3-0 lead into the first intermission.

There was no further scoring until early in the third.

Stewart got Moncton on the board nearly three minutes in after driving to the net on a short breakaway and beating goalie Zachary Emond with a backhand shot under the crossbar.

Saint John restored its three-goal lead halfway through the period.

The rookie defenceman-turned-forward carried the puck down the right wing on a 2-on-1 and ripped a wrist shot past Emond’s glove.

Moncton pulled goalie Dakota Lund-Cornish for an extra skater with under four minutes left and moments later Richard, who had come off the bench as the sixth attacker, potted the rebound of a Cloutier shot to make it a 4-3 game.

The Wildcats pulled their goaltender again late in the game, but could not square the affair.

Lund-Cornish made 29 stops for Moncton.