Wildcats come up big with 4-3 OT win over Phoenix 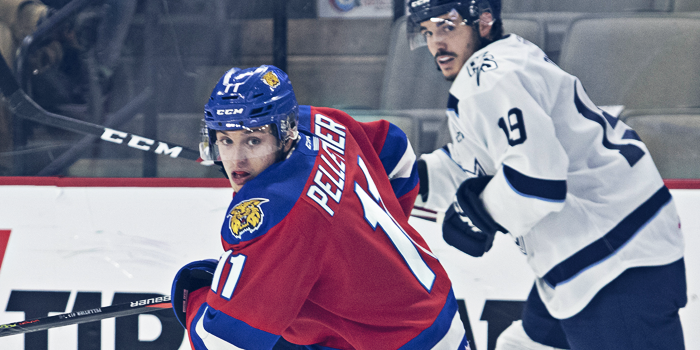 Jeremy McKenna scored the winner 2:26 into overtime as the Wildcats edged the Sherbrooke Phoenix, 4-3, Thursday at Avenir Centre.

The game remained scoreless until Sherbrooke found the net with under eight minutes left in the second period. Alexander Khovanov responded with a shorthanded goal for Moncton late in the period, making it a 1-1 game through forty minutes.

The visitors regained the lead six minutes into the third, but Mika Cyr evened the score again with a power play strike three minutes later.

Tristan De Jong gave the Wildcats their first lead with four-and-a-half minutes to go. Sherbrooke tied the game with 1:20 left and a sixth attacker on the ice, moments after Moncton missed a chance at an open net goal.

McKenna’s winner started as a two-on-one with Jakob Pelletier. McKenna fed Pelletier on the right side of the slot, but Pelletier did not handle the pass cleanly. The captain recovered and sent the puck back to McKenna in the left circle, where the overage winger snapped a shot into a wide-open net. It’s McKenna’s second overtime winner in six days!

Khovanov finished the game with a goal and two assists in a first-star performance. Olivier Rodrigue made 28 saves for the win.