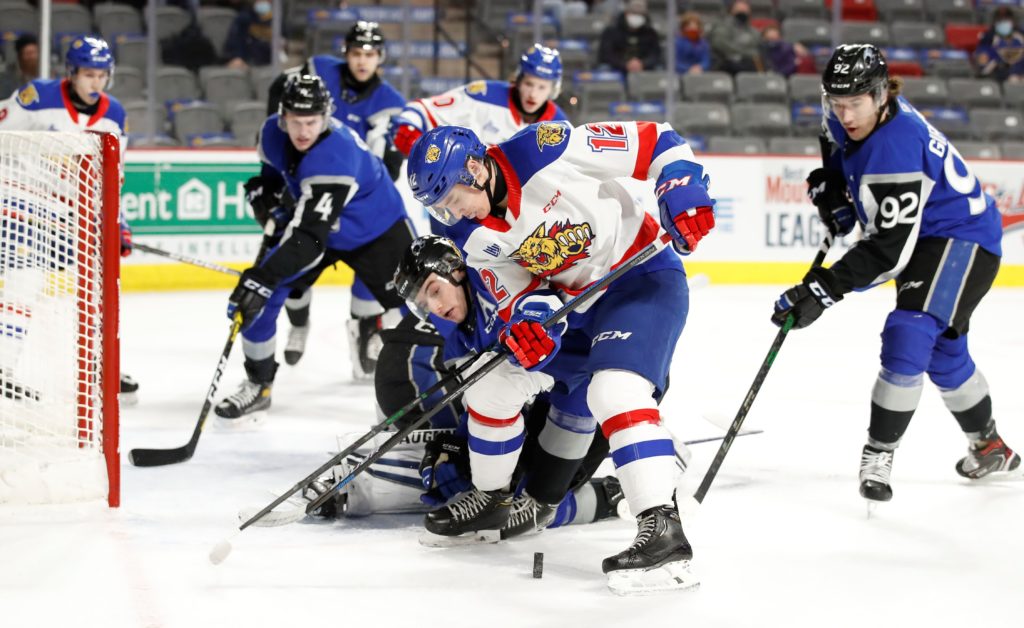 Rookie forward Dominic Leblanc scored a shorthanded goal for the Wildcats in a 5-2 loss to the Saint John Sea Dogs, Friday at Avenir Centre.

Saint John scored the game’s first goal with under seven minutes remaining in the second period.

After a turnover in the Sea Dogs’ zone, Alexis Daniel chipped the puck loose to Leblanc, who drove the net on a short breakaway and rifled a wrist shot past the glove of Saint John goalie Zachary Emond.

The Sea Dogs took a 2-1 lead only forty seconds later, just one second after a Moncton penalty had expired.

The visitors added to their score less than a minute after that and led 3-1 after forty minutes.

Saint John netted a power play goal four minutes into the third and carried that lead into the late stages of the game before tallying a shorthanded empty-net goal with four minutes left.

Hudson’s power play goal came with eleven seconds remaining, but it did extend his points (15) and goals (7) streaks to six games.

Leading scorer Philippe Daoust earned an assist on the goal to extend his points streak to eight games (16 points).

Dakota Lund-Cornish made 25 saves in the Moncton goal.