Wildcats drop a close one to the Eagles 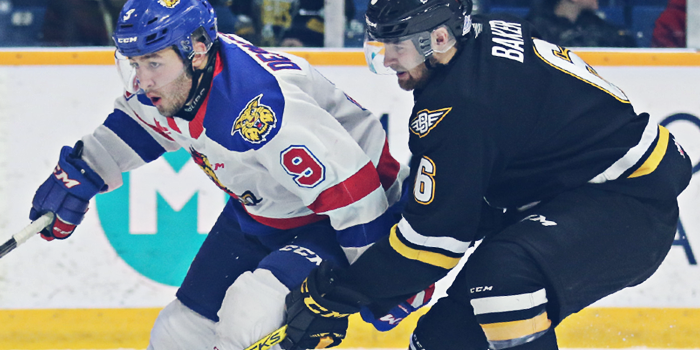 The Wildcats’ four-game winning streak has come to an end after a 5-4 loss to the Cape Breton Eagles, Sunday at Centre 200.

Jakob Pelletier led the Moncton offence with two goals and four points. The Eagles opened the scoring nearly nine minutes into the first period. Pelletier countered with five minutes left in the frame to tie the game at 1-1.

Cape Breton regained the lead early in the second.  Pelletier’s second goal evened the score again with four minutes left in the period.

The Eagles took the lead again with two goals, 26 seconds apart with under three minutes remaining in the period.

With the game 5-2, Zachary L’Heureux cut Moncton’s deficit back to two halfway through the third. Mika Cyr added a power play goal with six minutes left, but the Wildcats could not complete the comeback.

Olivier Rodrigue made 28 saves in the loss.