Wildcats edge Olympiques 4-3 on the road 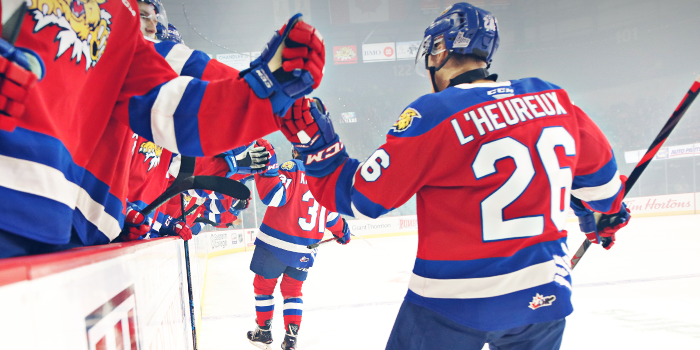 Christian Huntley scored the winner with 2:15 left in the third period as the Wildcats edged the Gatineau Olympiques, 4-3, Wednesday at Centre Robert Guertin.

Zachary L’Heureux and Ozzie King scored five minutes apart early in the first and Moncton led 2-0 after one period.

The home side cut its deficit in half with a power play goal late in the second, but L’Heureux’s second of the game with 43.2 seconds left in the period restored Moncton’s two-goal lead.

Gatineau came back with two goals early in the third to tie the game at 3-3, but Huntley netted the winner with a long, bouncing shot that went through the legs of Olympiques goalie Creed Jones, who had lost his stick.

L’Heureux finished the night with two goals and three points. He was named third star in front of more than forty friends and family who travelled to the game.