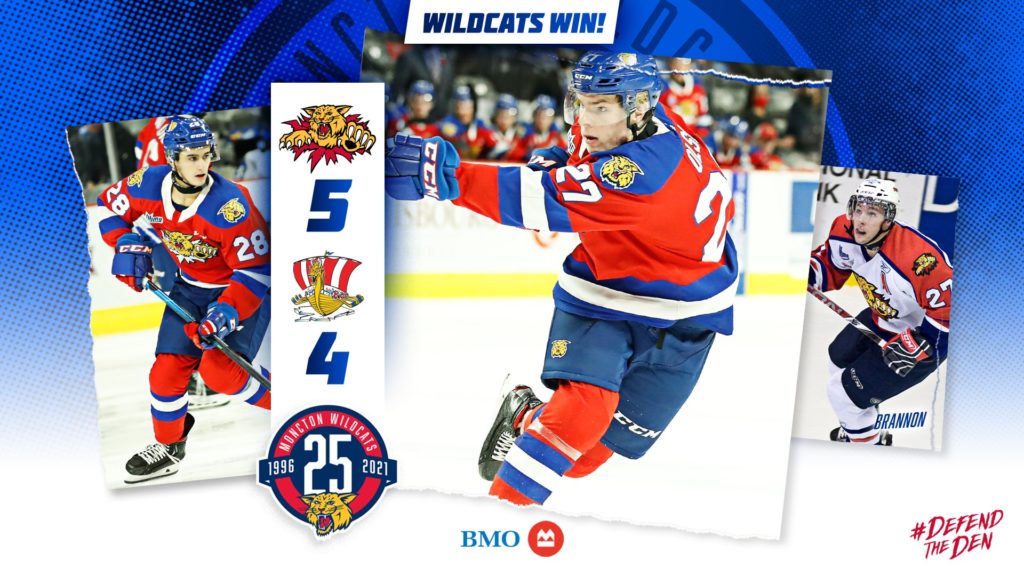 Brooklyn Kalmikov and Vincent Labelle both had goals in regulation time and the shootout to help the Wildcats defeat the Baie-Comeau Drakkar, 5-4, Wednesday at Centre Henry-Leonard. Jacob Stewart and Etienne Morin also scored during game play while Samuel Desgroseilliers added three assists.

The Drakkar opened the scoring with a powerplay goal eleven minutes into the game. Stewart countered two minutes later. The overage centre fired the puck from the left corner and had it deflect into the net off of goaltender Olivier Adam.

Morin gave Moncton a 2-1 lead in the final minute of the period, wristing a shot from the left point that beat Adam on the glove side.

The Wildcats extended their lead to 3-1 five minutes into the second when, on a power play, Kalmikov whistled a wrist shot from the left circle inside the left post. Baie-Comeau responded ninety seconds later, but Moncton extended its lead to 4-2 with a goal on a two-man advantage halfway through the frame. Labelle took a feed at the bottom of the right circle and snapped a shot between Adam’s legs.

The home side scored twice early in the third, including a 5-on-3 power play goal, and evened the score at 4-4. 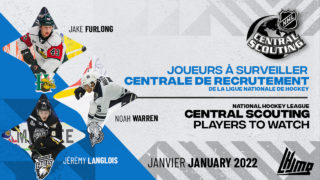 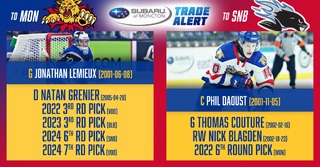 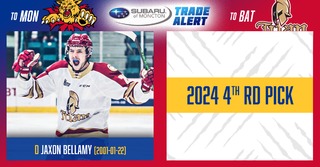 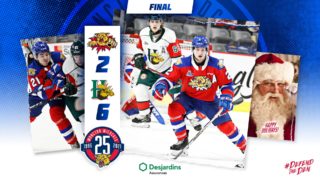 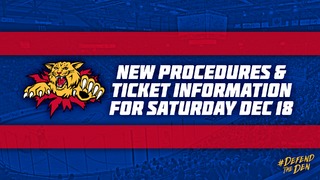 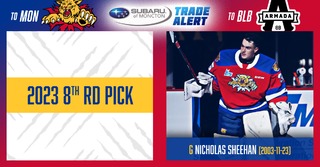