Wildcats pick up 3-1 home win over the Sea Dogs 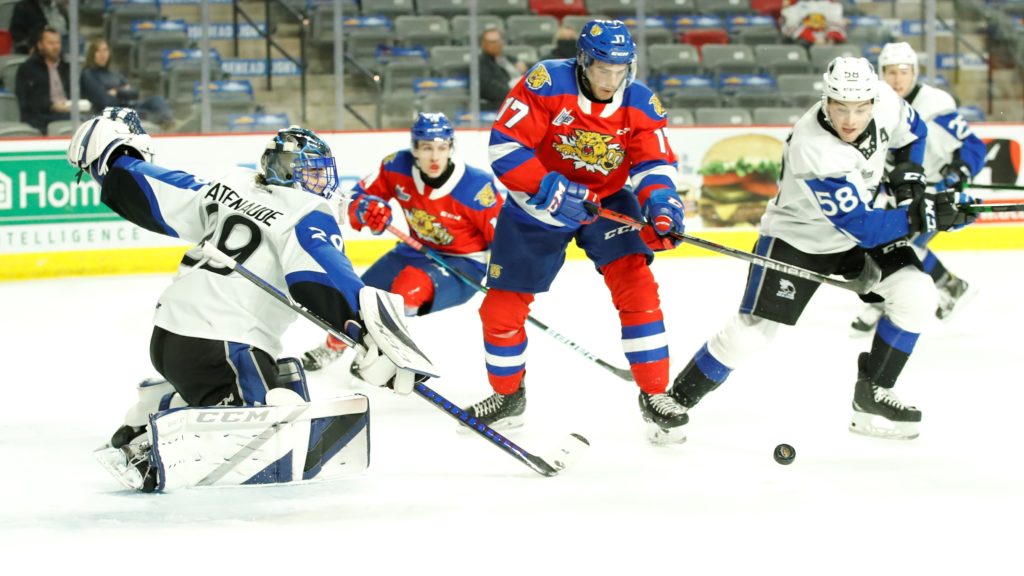 Goaltender Dakota Lund-Cornish turned aside 35 shots – 19 in the second period – to lead the Wildcats to a 3-1 victory over the Saint John Sea Dogs, Wednesday at Avenir Centre.

The game was scoreless until midway through the second period when Fortier forced a turnover in the Saint John zone, worked a give-and-go with Labelle and buried a shorthanded goal.

Stewart made it a 2-0 game with under four minutes left in the second period. The Antigonish, Nova Scotia, native took a pass near the middle of the Sea Dogs’ blueline as a trailer on an offensive rush, moved into the high slot and ripped a wrister past the glove of Sea Dogs goalie Noah Patenaude.

The visitors got their only goal on a power play with about eight minutes left in the third period.

Moncton killed off a late penalty and then sealed the victory with Langlois’ empty-net goal with 4.7 seconds remaining.