Wildcats set to do the right thing — and the left 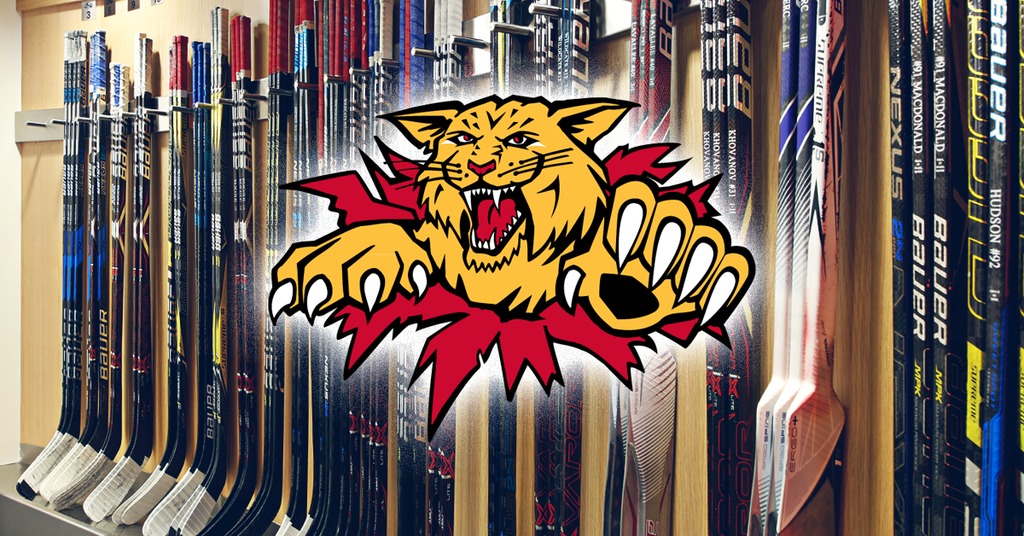 Wildcats Head Coach Dan Lacroix is making the Wildcats a harder team to play against.

Lacroix revealed today that over the last few weeks all the Wildcats, except for goalies, have been shooting both left and right-handed in practice.

“Obviously, with the rash of recent injuries, it gives us more flexibility in putting together our lineup. We don’t have left or right wingers — just wingers now. It works all over the ice too. On offence, a player can wind up right-handed, fake and shoot left-handed. Gordie Howe played that way and he turned out pretty good.”

One other excited Wildcat is equipment manager Chris MacDonald. “No more left and right sticks. No more remembering stick patterns. All the sticks will be straight with black tape on the blade and white up top.”

The Wildcats aren’t the first team to try this approach. A local minor hockey team was approached by the Wildcats in September to give this a try and the results spoke for themselves. The wins piled up right away and Director of Hockey Operations Ritchie Thibeau gave the green light to start ambidextrous practices at the Avenir Centre.

Reaction from the players has been positive overall, with one anonymous Cat overheard saying, “I never shot right that well, and now with all these drills we’ve been doing, I don’t shoot left that well too.”

If you’ve read this far then you should check today’s date. Have a good April 😉