Wildcats take home the win during Pink in the Rink night! 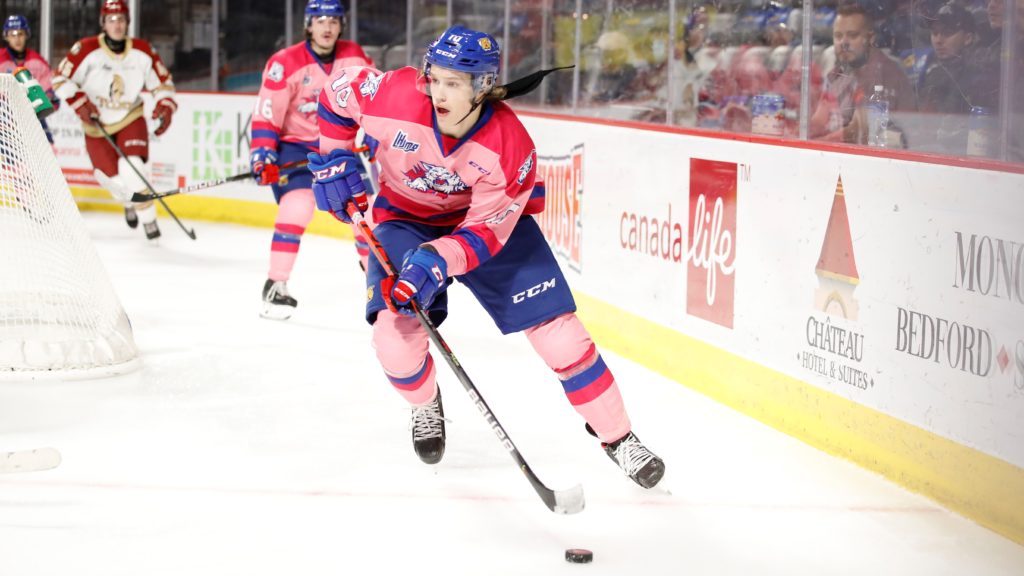 Gabriel Bernier’s goal with under five minutes to play in the third period proved to be the game-winner, as the Wildcats defeated the Acadie-Bathurst Titan, 5-3, Saturday at Avenir Centre.

Yoan Loshing and Sean Stewart had a goal and an assist each while Gabriel Fortier and Francesco Iasenza also scored. Philippe Daoust chipped in with two assists.

Fortier opened the scoring nearly three minutes into the game when his pass from the left circle to the front of the net deflected off a Titan defender and past goaltender Chad Arsenault.

Loshing made it a 2-0 game four minutes later. The Moncton first-rounder’s shot from the slot went off the end glass and bounced down to the right wing side of the net where it bounced off an Acadie-Bathurst leg and into the goal.

The Titan netted a power play goal with two minutes left in the first period to cut their deficit to 2-1.

The visitors tied the score nine minutes into the second, moments after another power play chance came to an end.

But Iasenza restored a Moncton lead with five-and-a-half minutes to go in the frame by firing home a wrist shot from the left circle for his first QMJHL goal.

Acadie-Bathurst tied the game one more time with six minutes to go in the third.

Bernier’s winner came 51 seconds later when he picked up a loose puck, after another shot from the blueline had been blocked, and backhanded it into an open cage.

The win snaps a three-game losing skid for Moncton.