Wildcats move into 1st with 8-5 win over Armada 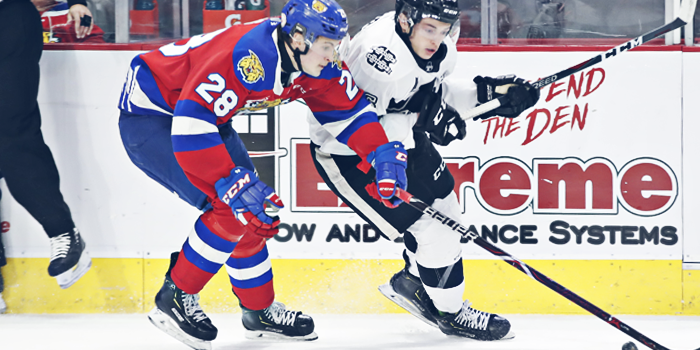 Alexander Khovanov scored twice and Francis Langlois added his first career goal to lead the Wildcats to an 8-5 victory over the Blainville-Boisbriand Armada, Friday at Avenir Centre.

L’Heureux opened the scoring four-and-a-half minutes into the game with a power play goal. Blainville-Boisbriand responded halfway through the first period, making it a 1-1 game after twenty minutes.

The Armada cut the deficit down to 3-2 near the six-minute mark, but Cyr and Pelletier found the net 57 seconds apart before the halfway mark of the period. Moncton led 5-2 after two periods.

Langlois’ first QMJHL goal came five minutes into the third and turned into the eventual game-winner. Khovanov added a power play strike in the middle of the period.

With Moncton leading 7-5 late in the game, Rumsey wrapped up the scoring.