Wildcats top Tigres on Pink in the Rink Night 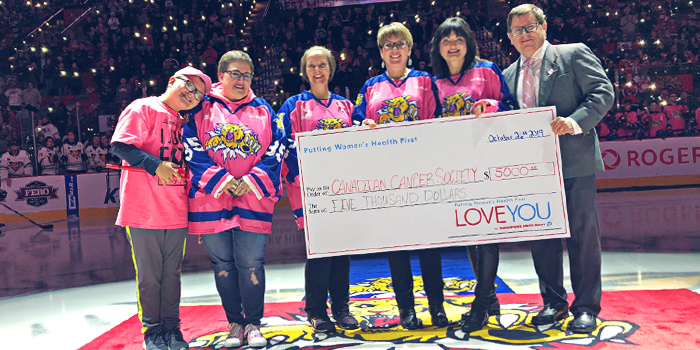 Jordan Spence netted the eventual game-winner 1:37 into the third period, leading the Wildcats to a 4-2 victory over the Victoriaville Tigres, Saturday on ‘Pink in the Rink’ night at Avenir Centre.

Moncton have won six straight games and ten of their last eleven.

Mark Rumsey opened the scoring more than eleven minutes into the first period, but the Tigres tied the game 45 seconds later.

Jeremy McKenna restored the Wildcats’ lead midway through the second. Victoriaville tied it again with fewer than six minutes remaining in the frame.

Spence gave Moncton the lead to stay just 97 seconds into the third period. Pelletier wrapped up the scoring with an empty-net goal in the final minute.

Spence, McKenna and Pelletier finished the night with a goal and an assist each. Alexander Khovanov earned three assists and was named first star. Goalie Olivier Rodrigue made 23 stops in the victory.