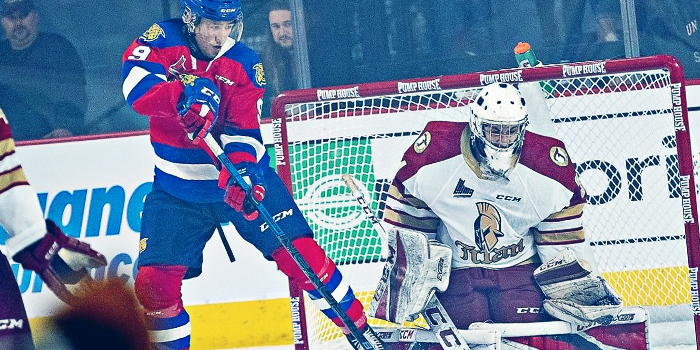 Jakob Pelletier and Alexander Khovanov each scored twice and Mika Cyr scored the only goal in the shootout to lead the Wildcats to a 6-5 victory over the Acadie-Bathurst Titan in Moncton’s home opener, Friday at Avenir Centre.

With the Wildcats trailing 4-2 starting the third period, Pelletier, who was named captain prior to his season debut, scored in the opening minute of the frame and found the net again five minutes later to tie the game.

After the Titan regained the lead with under three minutes left, Khovanov, also playing in his first game of the season, evened the score on the very next shift, setting the stage for overtime.

Cyr’s shootout goal came in the third round. Goalie Olivier Rodrigue capped a 30-save performance by stopping all three Acadie-Bathurst shooters.

The team is back in action on home ice Sunday afternoon as we play host to the Charlottetown Islanders at 4 p.m.