The Quebec Major Junior Hockey League announced today the Maurice-Filion Trophy finalists for the 2019–2020 season. First awarded in 2005–2006, it recognizes the General Manager of the Year. Yanick Jean of the Chicoutimi Saguenéens, Jocelyn Thibault of the Sherbrooke Phœnix and Ritchie Thibeau of the Moncton Wildcats are this year’s nominees.

The award is named after Maurice Filion, who coached the Quebec Remparts for three seasons between 1969 and 1972. The Quebec native won two President Cups and lifted the first-ever Memorial Cup in QMJHL history. After his successes in major junior hockey, he was promoted to General Manager of the Quebec Nordiques. He also worked for the QMJHL Commissioner’s Office as its Director of Player Safety.

Yanick Jean and his hockey operations department have worked hard over the past few years to draft and develop talented hockey players. Acting as both Head Coach and General Manager, the 44-year-old saw an opportunity for his team to emerge as cup contenders in 2019–2020. He acquired Rafaël Harvey-Pinard at the QMJHL Entry Draft and added key players such as Félix Bibeau, Raphaël Lavoie and Dawson Mercer during the Holidays’ transaction period. His troops ended the season in third place (45-12-5-1) of the QMJHL’s overall standings.

Jocelyn Thibault is a strong believer of building a contending team through the draft. Patrick Guay, Bailey Peach, Samuel Poulin and Félix Robert are all players developed by the Phœnix who contributed to this year’s successes. Thibault wasn’t very active on the trade market with only five trades. Nevertheless, he acquired key elements such as Xavier Bernard, Samuel Bolduc and Charles-Antoine Roy. His team concluded the season by winning the Jean-Rougeau Trophy with a stunning record of 51-8-3-1.

Ritchie Thibeau took over for John Torchetti halfway through the season after the club parted ways with their former Head Coach and Director of Hockey Operations. Already in a good position with star players like Jakob Pelletier, Alexander Khovanov and Olivier Rodrigue, Thibeau added experience to the roster. Moncton traded for an elite defenseman in Jared McIsaac and filled key voids with the acquisition of power forwards Benoit-Olivier Groulx and Gabriel Fortier. After those trades, the Wildcats were almost unbeatable, finishing the season second overall in the QMJHL (50-13-1-0). 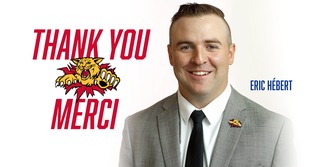 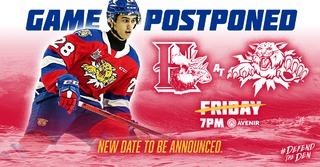 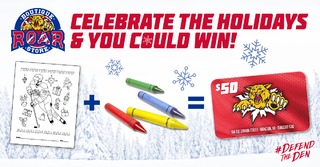